The work of the artist Rember Yahuarcani is a visual journey through the myths and stories of the beings that populate the physical and spiritual universe of the Amazon. The Myths are the rivers where the memory of the ancestors navigates and it is there where Rember has sought the words and images that have guided his creative work. His learning began with his father Santiago Yahuarcani, while he listened to the stories told by his grandmother Martha López. Since 2003 he began to exhibit his works in galleries, but still encased in the concept of “indigenous art”. Since 2007, Yahuarcani has sought to “force spaces” to present his works no longer with the label of “indigenous painting”, but as pieces of contemporary art, certainly rooted in indigenous history and tradition, but with a evolution, style and identity of its own. 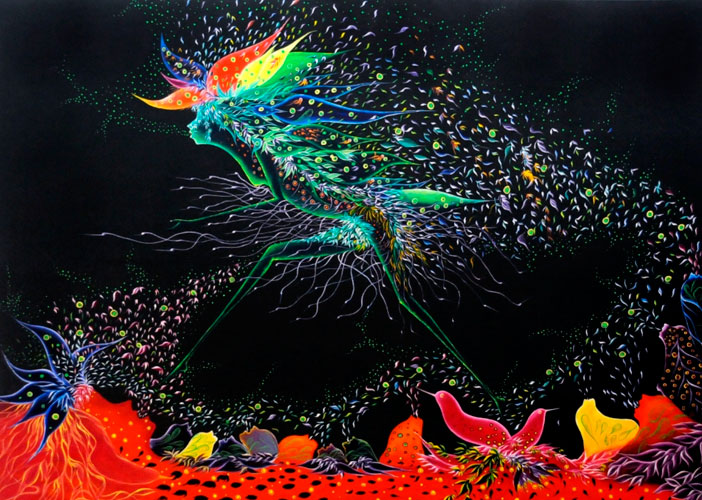 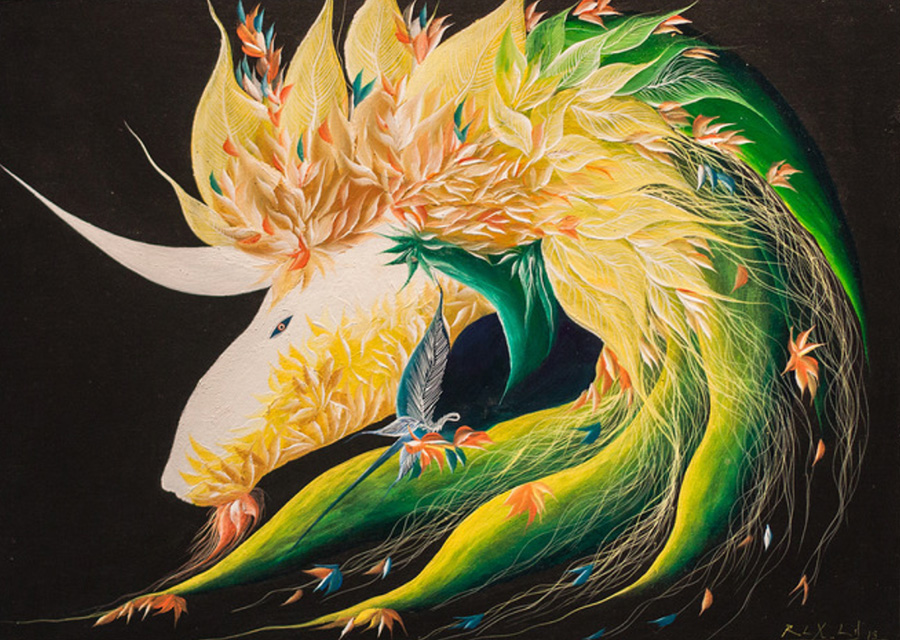 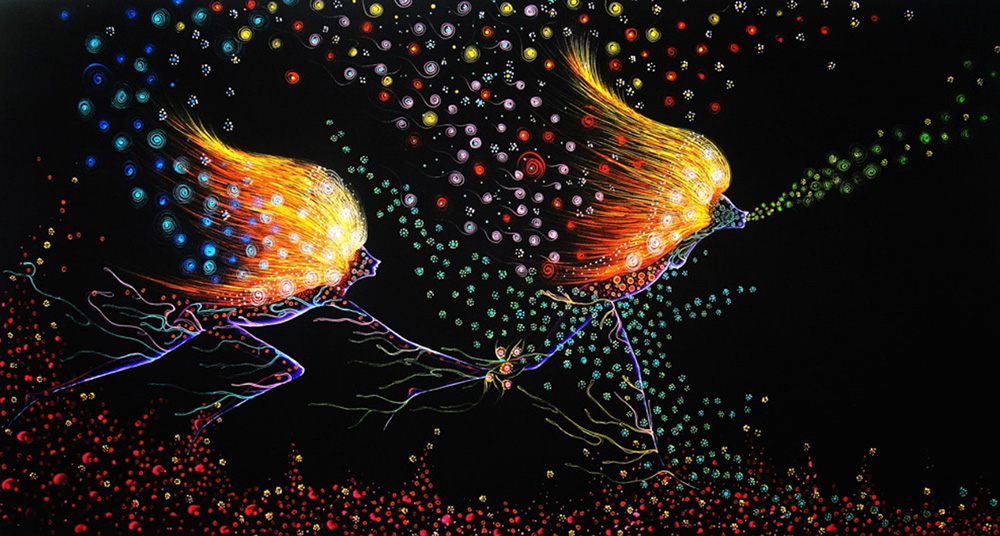 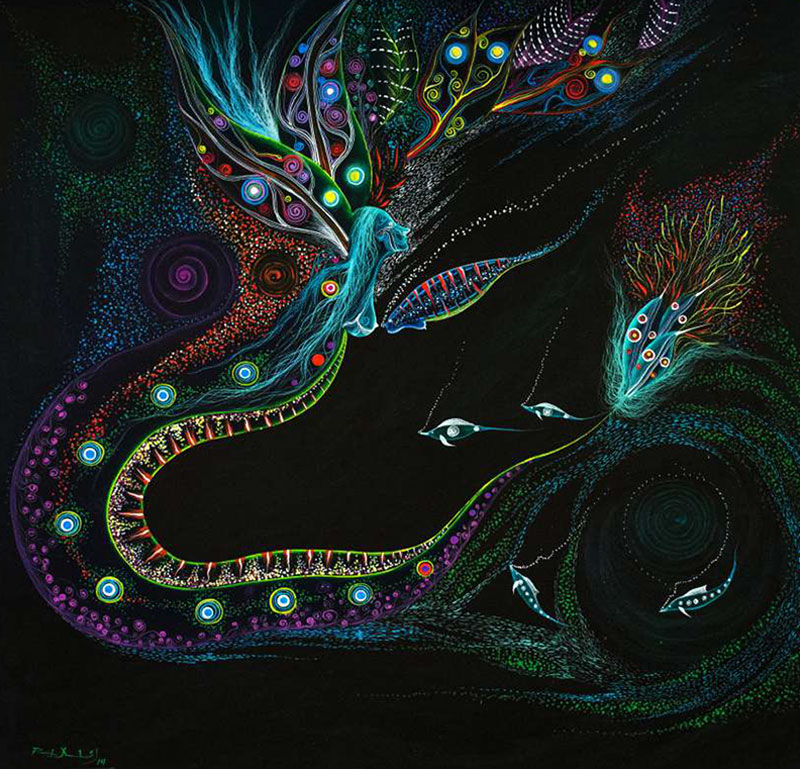 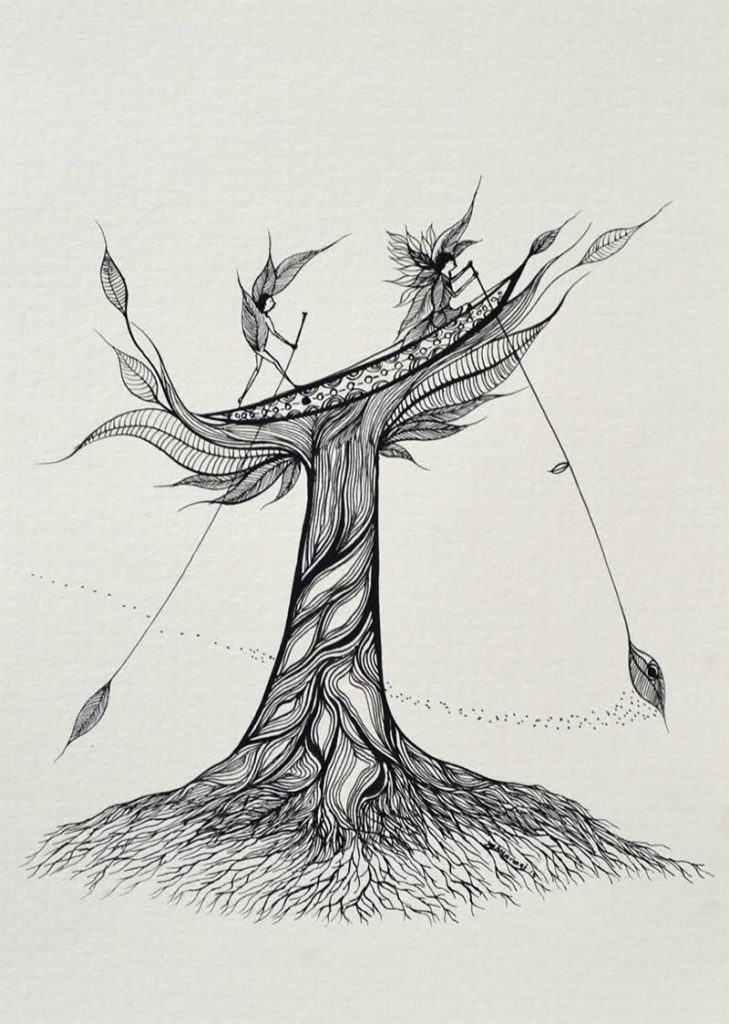 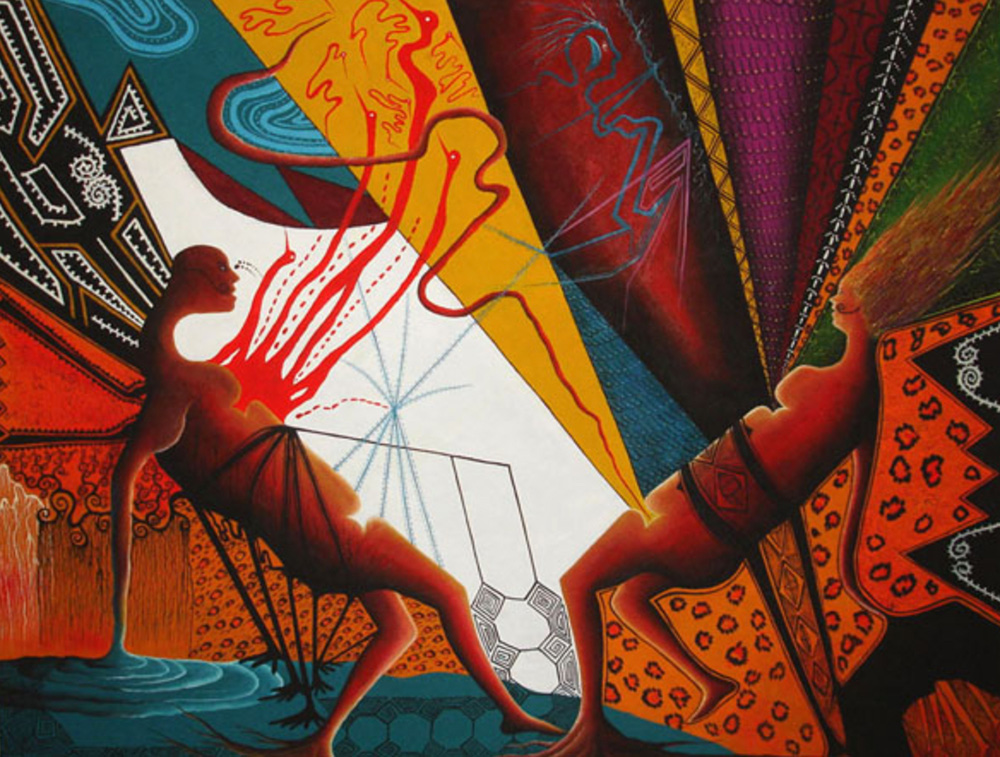 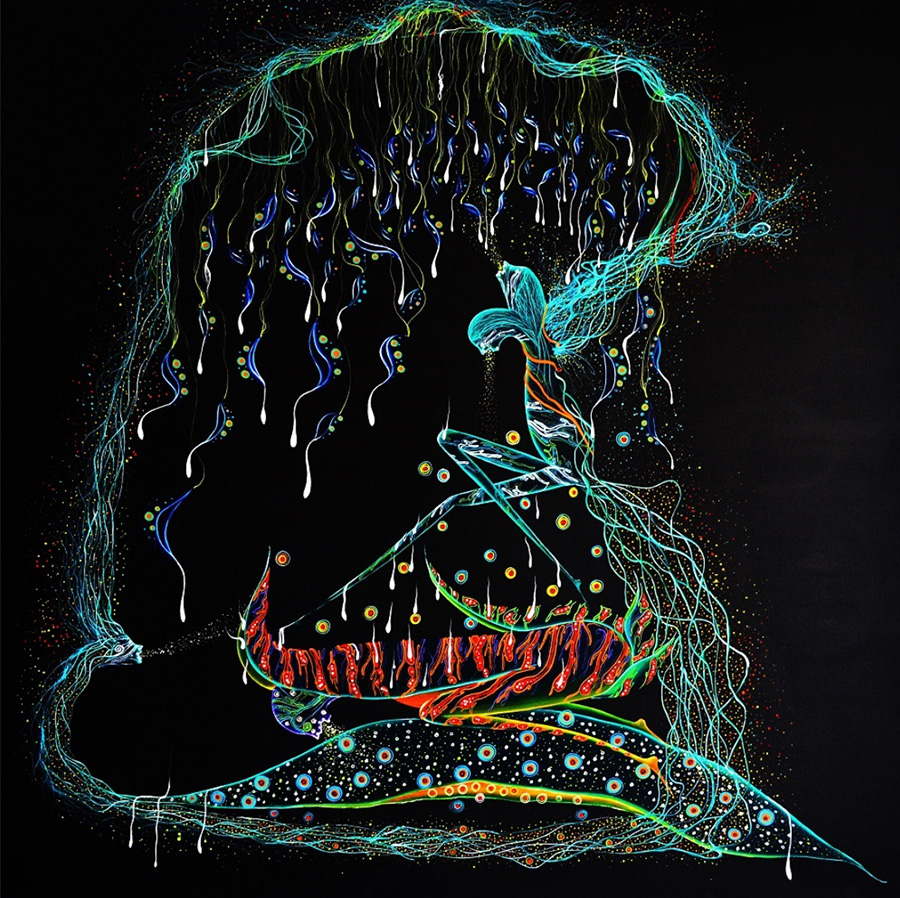 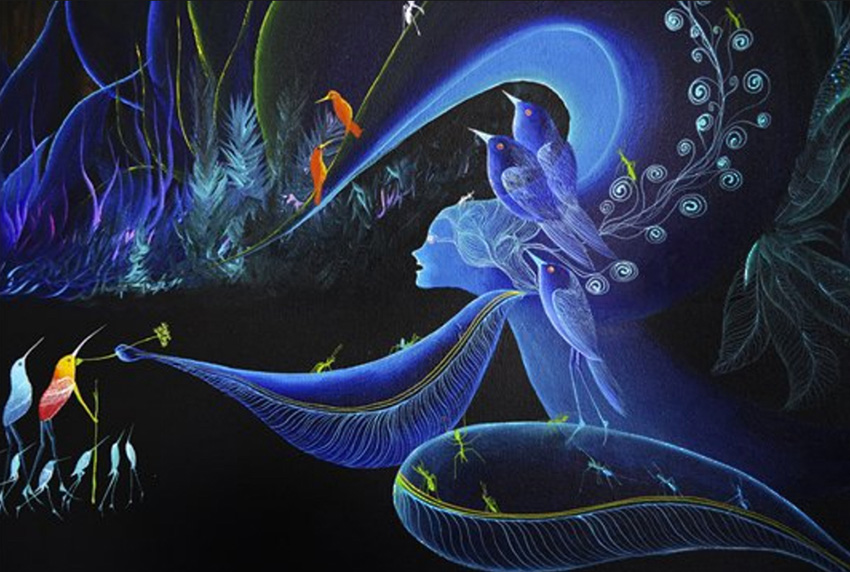 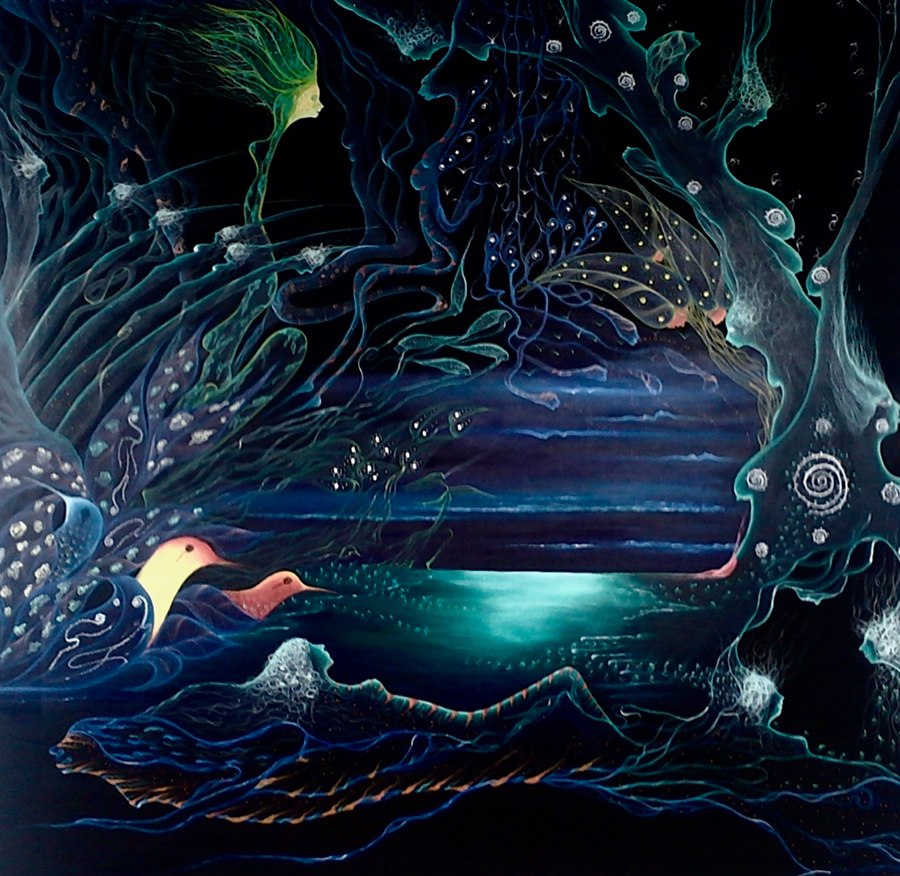 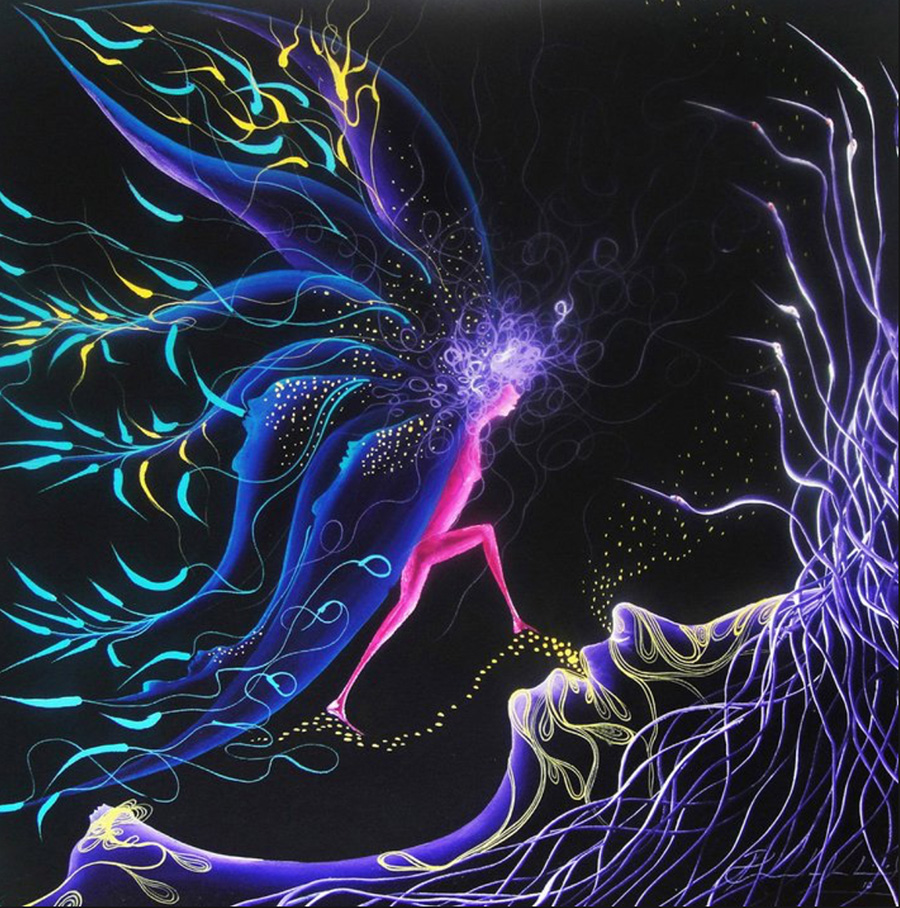 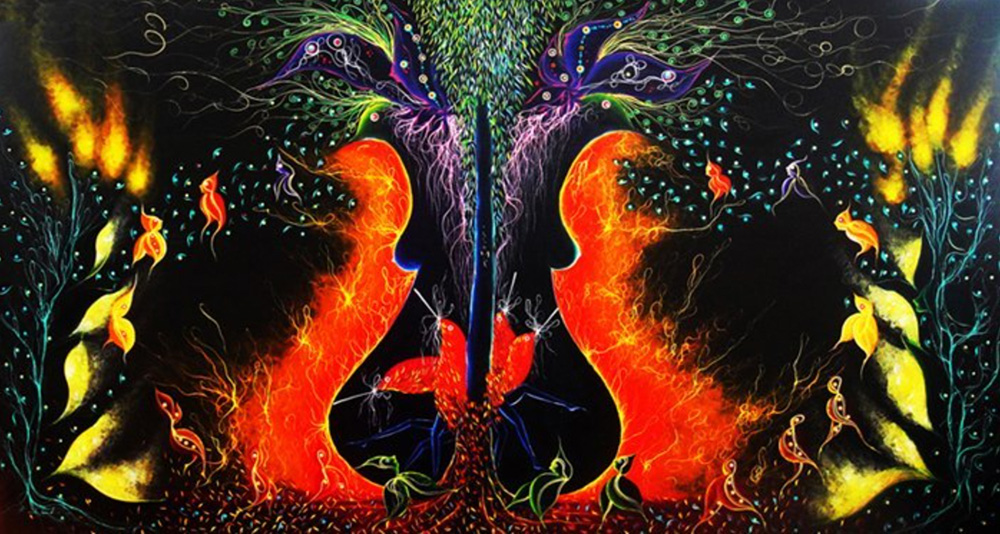 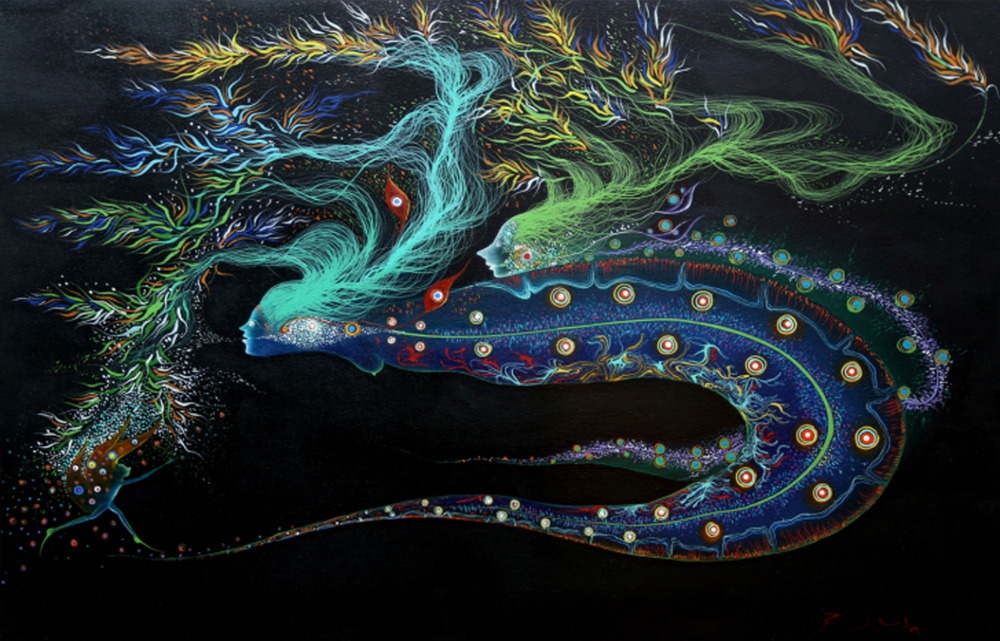 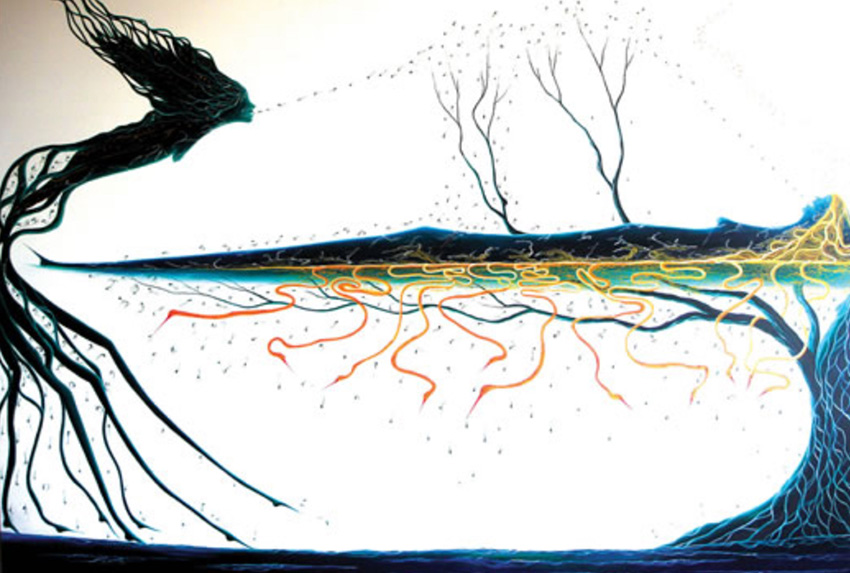 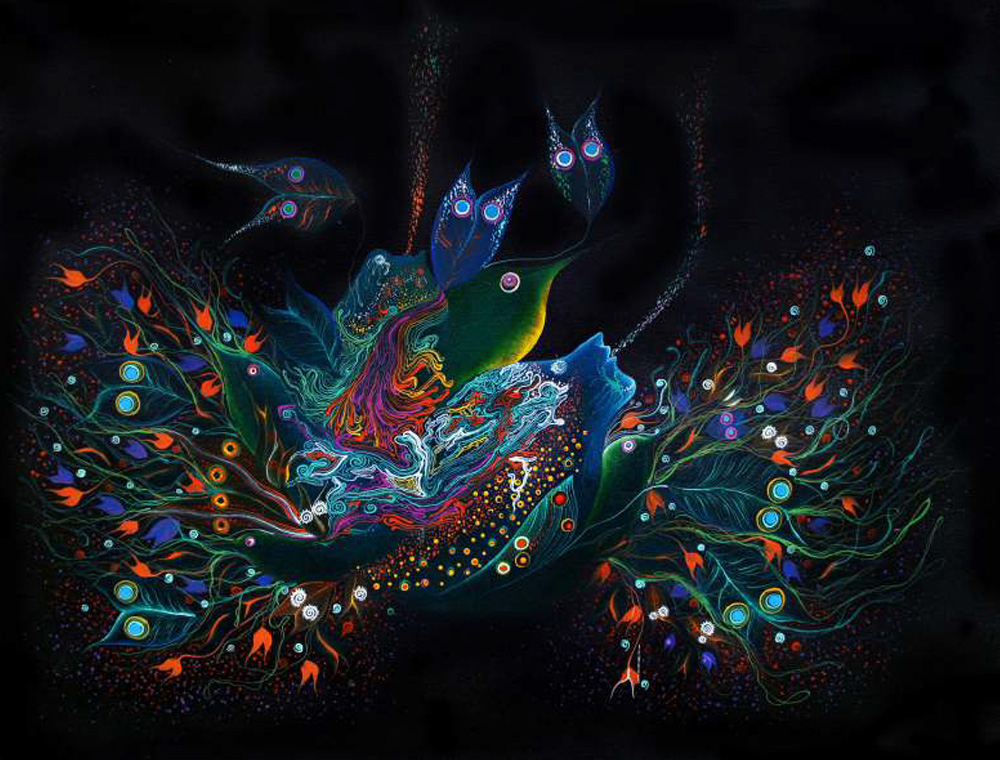 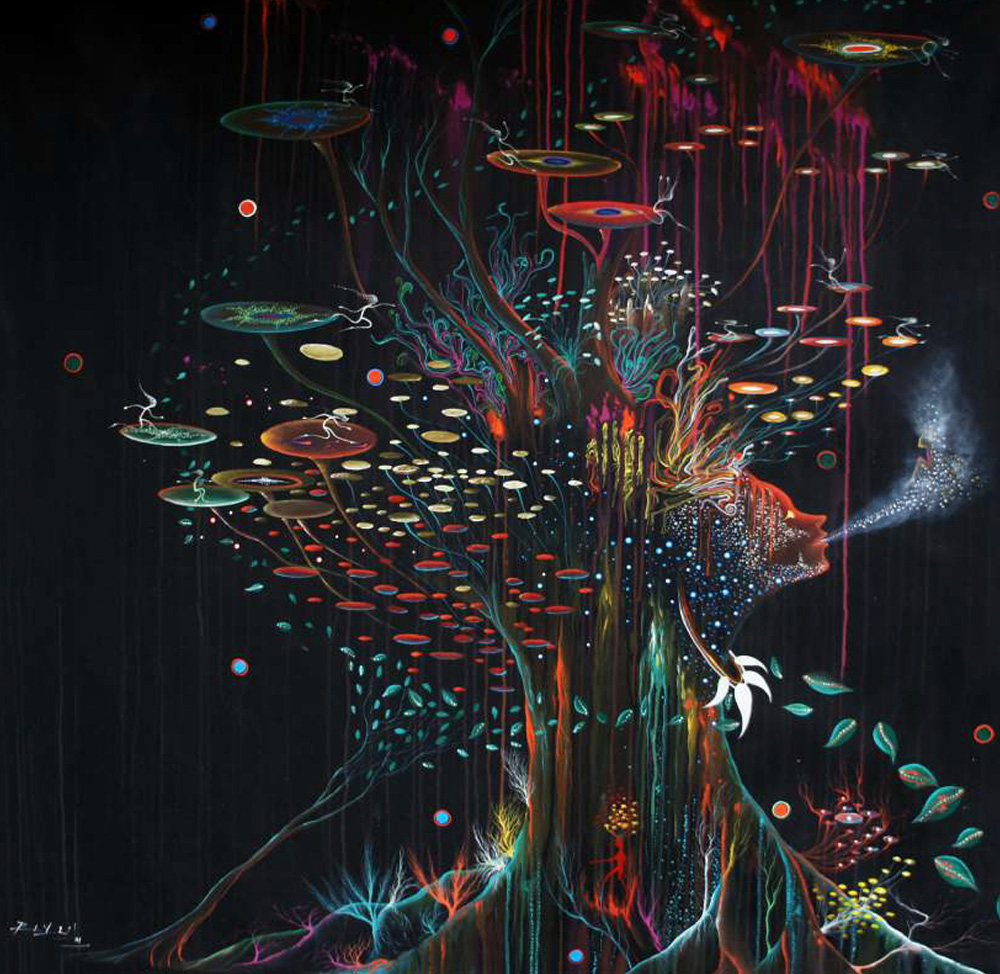 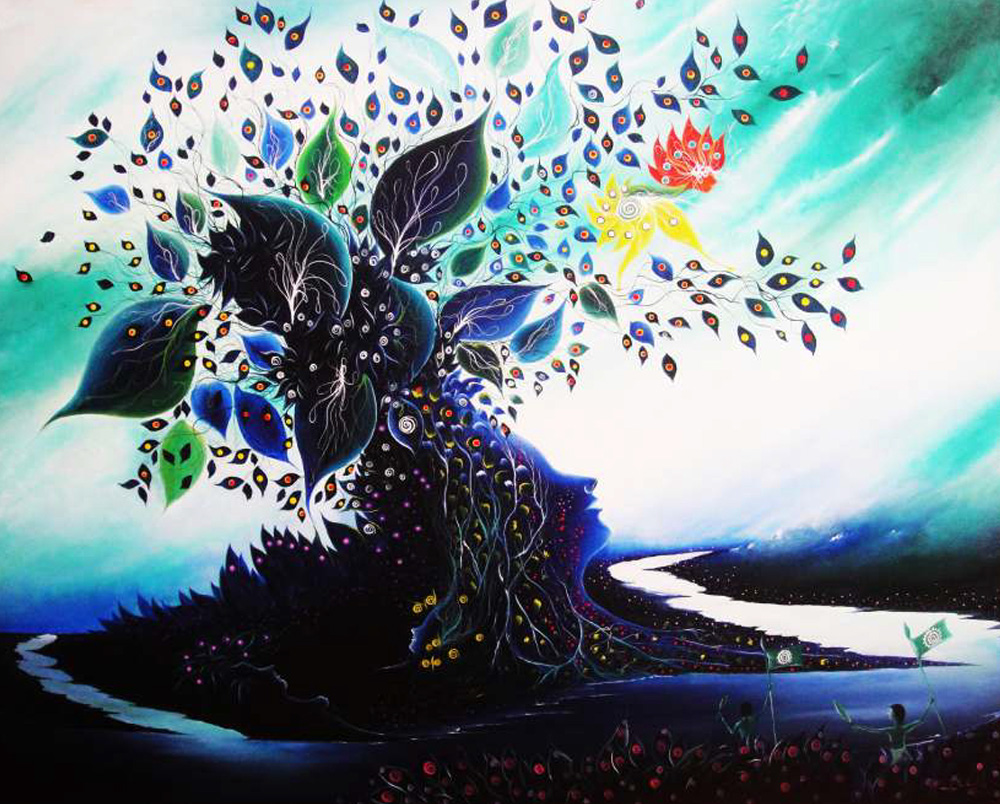 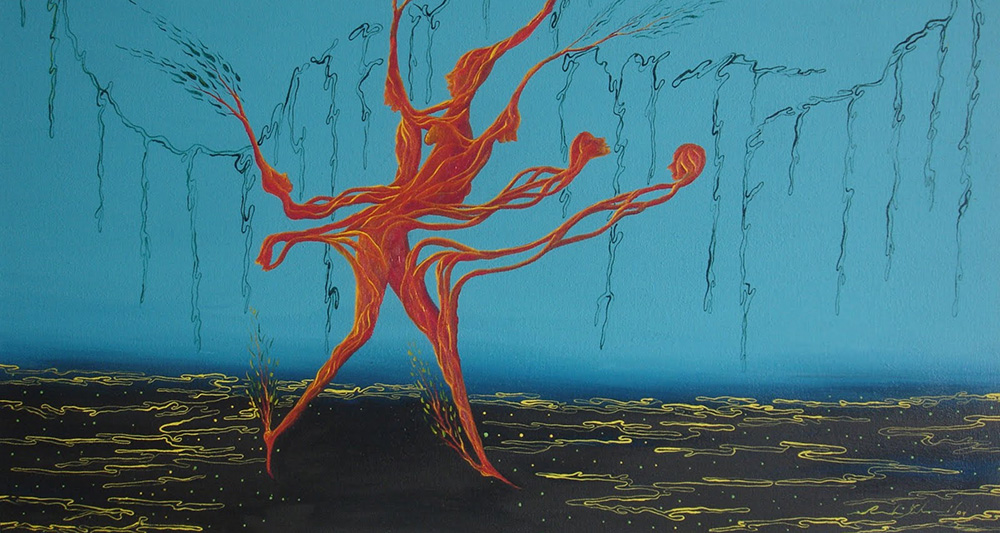 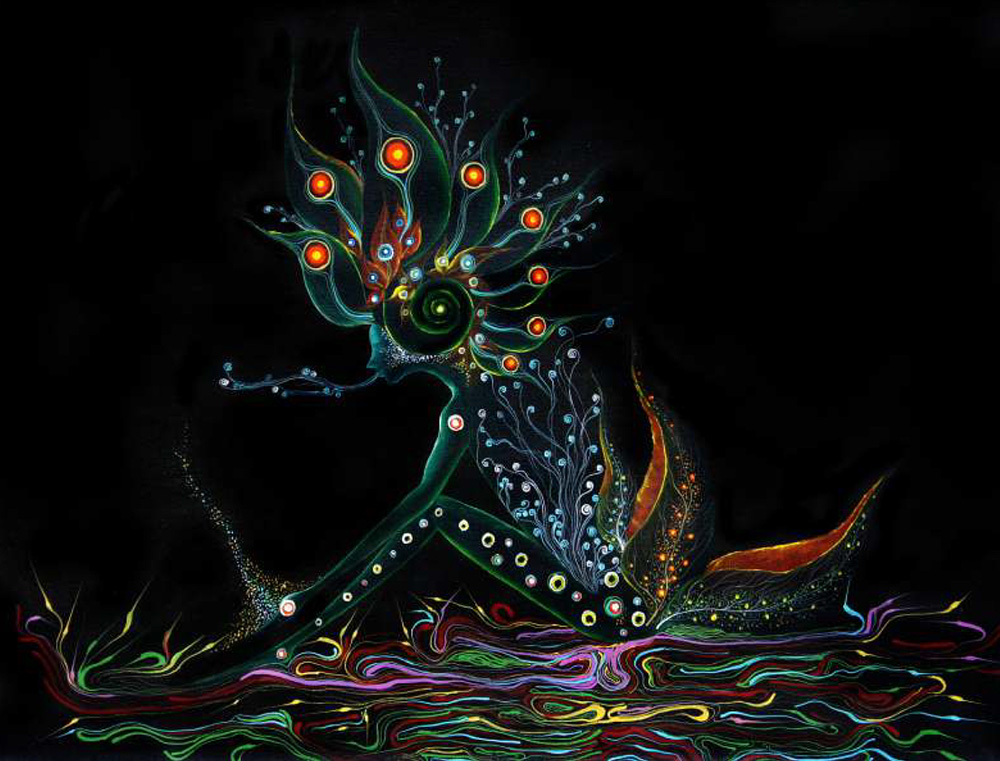 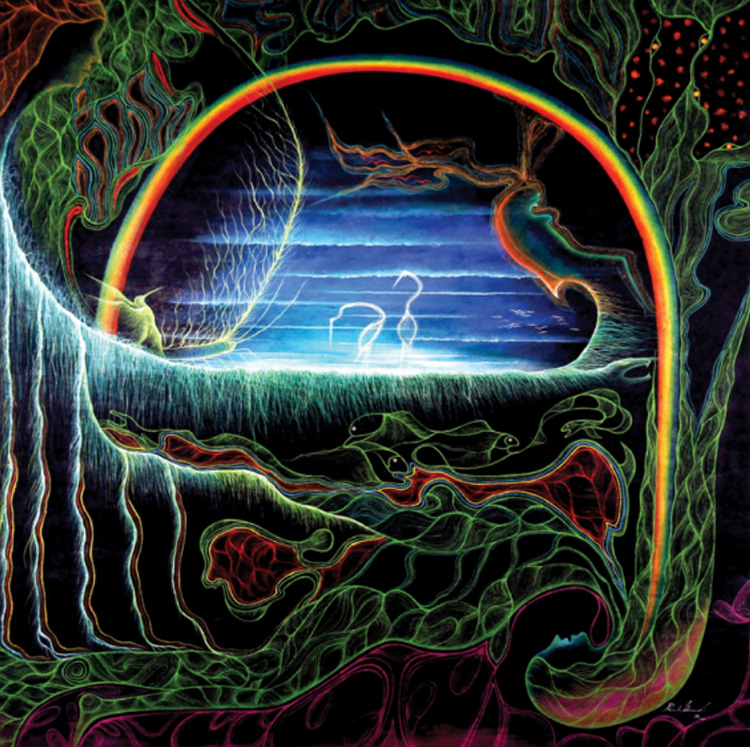 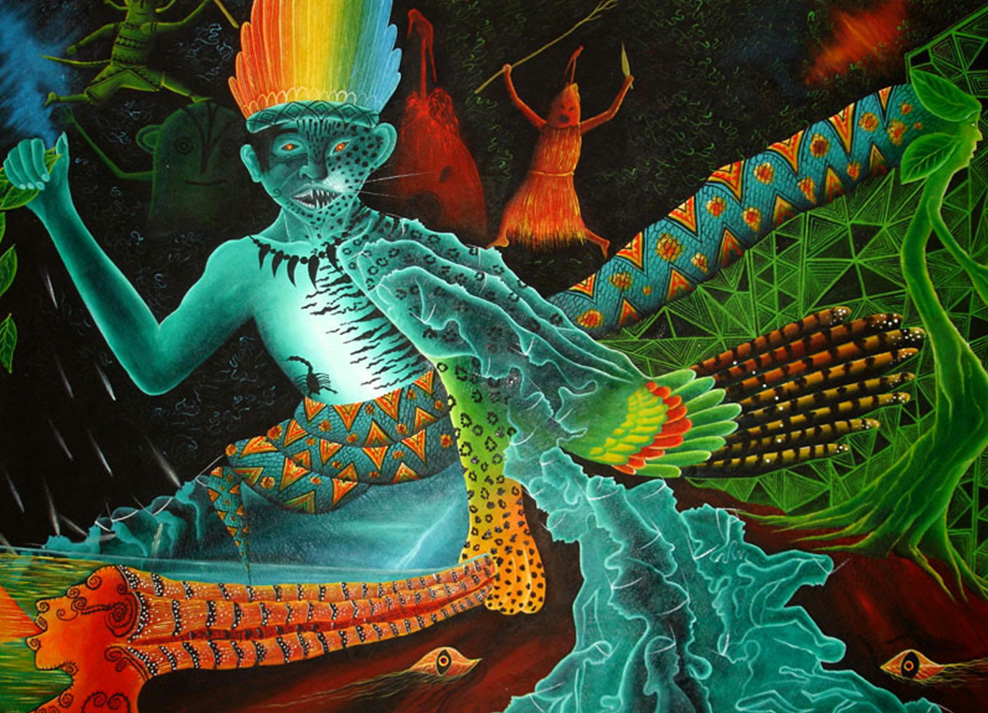 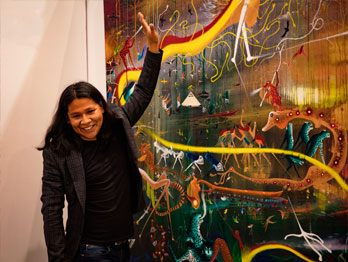 Plastic artist and writer. He has presented seventeen solo exhibitions. Recently From the Amazon in the Museum of Fine Arts of Salta and in the Paseo Castro Barros, La Rioja, Buenos Aires, Argentina (2012); Rafue: Father of Knowledge at the Inca Garcilaso Cultural Center, Ministry of Foreign Affairs of Peru; Ruño in the Travel Art Room El Corte Inglés (2011); Eleven Moons in the Pancho Fierro Art Gallery of the Municipality of Lima (2009); Horizons without memories at the San Marcos Art Museum (2009); Llanchamas: Only Skins in the 80m2 Art Gallery (2008); Dreams of the Creator in the Art Gallery of the Continental Bank of Iquitos (2008), among others. He has participated in important group exhibitions in Brazil, Mexico, Ecuador, Denmark, Poland, Switzerland and Peru.

This is the work of an artist with a intense trajectory. Rember Yahuarcani, of the Huitoto Amazonian ethnic group, has proposed to show us, through each new exhibition, the cosmogonic vision of the culture from which it comes.

To do this this, he decodes the oral tradition that he was exposed to since childhood, identifying its protagonist characters, shaping them into splendid forms on the versatile surface of the Llanchama, the traditionally prepared bark of a tree. In fact, each of his hallucinated beings has a history, and to capture it can ask for vegetable dyes or Acrylics.

He explains that until last year, he tried to translate, in a linear way, stories of myths related to the Huitoto cosmogony, but beginning this year, decides to change.

He abandons the narrative discourse, and deliberately starts to explore the pictorial language of the western tradition, not only through the development of characters that – although they have links with the cosmogony Huitoto – are creations of his imagination, but incorporating the use of acrylics to a palette where vegetable dyes had absolute sovereignty.

Rember Yahuarcani also aims to be part of a society to which he does not belong by natural links. “I come with the desire to show something, to tell my story, that of the Huitoto (wherever people get to know each other- they relate stories about their life); and so far I have had a good reception.

Those who live here in the city need to know that we exist, in this part of the world, in this country but as soon as the exhibitions are over I always feel the need to return. ”

Rember is nourished by the stories that he is told, still today, byhis grandmother in her native language He incorporates them into his image archive after being translated by his father, as in his case, a Huitoto displaced bythe learning of Spanish.

Then, a curious thing, he consults texts of anthropologists specializing in the Huitoto ethnic group, to understand the true meaning of the terms his grandmother uses. This is the case, for example, of Buiñaiño, that can be the wife of the creator, a rainbow, the goddess of all beings living in water and also – the aguaje palm tree.

On the other hand, and to accentuate the irony, Rember says that when he’s in the city, he tries to study people a little, to understand how people can survive in such a environment . In fact, you will never meet in the jungle a huitoto or a bora asking for auspices, he says.

The llanchamas are stretched and the characters captured. It’s a matter of refining the senses to build a bridge of complicity between the iconography of Rember Yahuarcani and our pure and hard asphalt. After all, we are also objects of study. 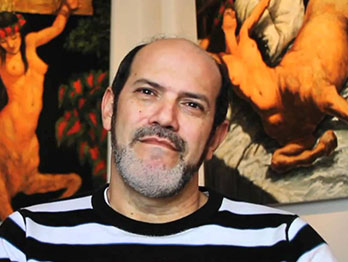 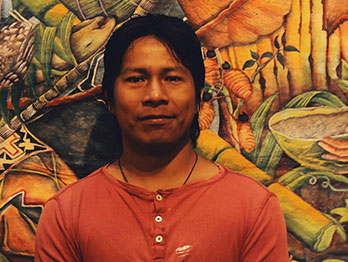 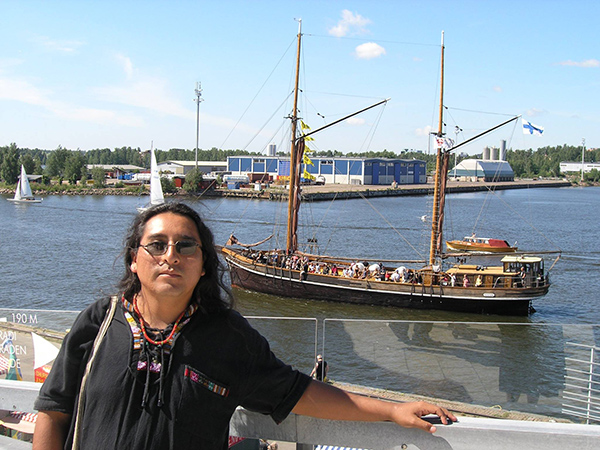 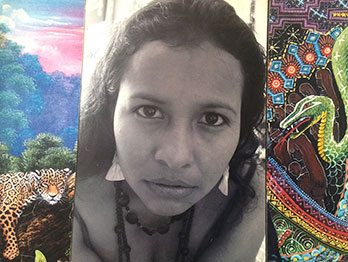 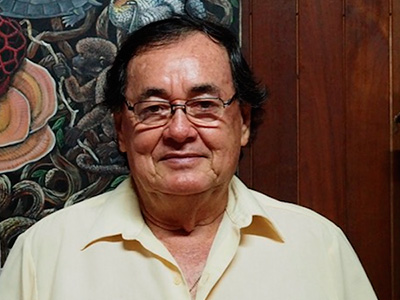 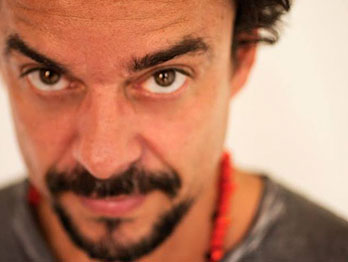